When I am changing out the theme for my home child care, I generally start with a new sensory bin. Then I spend some time going through my Pinterest boards to get ideas from all of the amazing bloggers and teachers that are of the same mindset as me. I have a lot of things sorted into storage containers and bags in my basement from previous years for different themes and seasons, but I always end up visiting some of the local Dollar Tree stores and ordering from Amazon and Oriental Trading Company to pick up some new manipulatives.  One thing I always have a good selection of is baskets, trays, and containers. It is an obsession of mine. 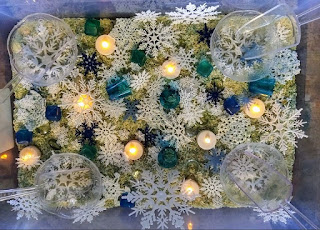 This is the first time I have used battery operated tea light candles in a sensory bin, and that idea came directly from the blog, Teaching 2 and 3-year-olds. It made a huge impact on the children. 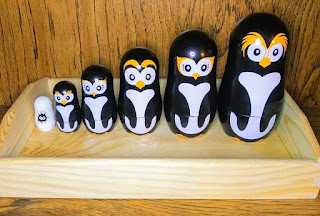 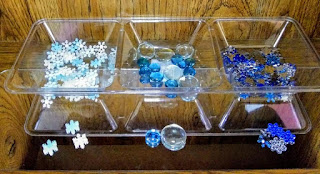 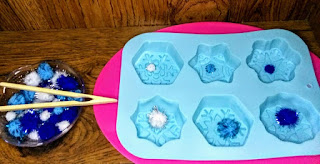 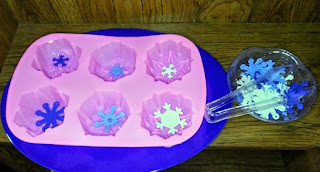 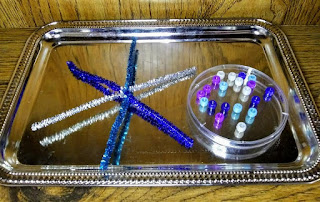 After deciding on the skills I wanted to work on with the children, I was able to pick the ideas I wanted to replicate on my shelves from Living Montessori Now which is one of my favorite resources, then another in-home child care provider from one of the many Facebook groups I am in had posted a build a snowman activity that I wanted to copy,  as well as some ideas that I came up with myself. I did end up placing a couple orders for new manipulatives, but that is mostly for my own pleasure because I could have made do with what I had. 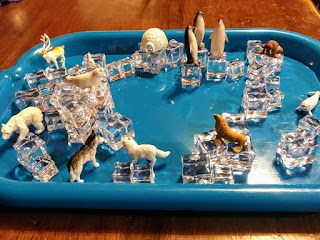 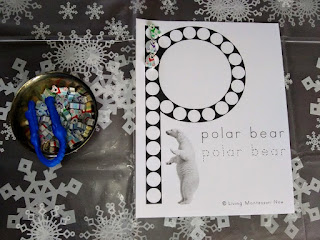 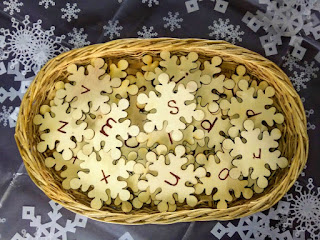 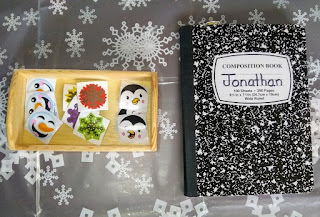 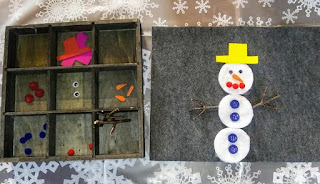 Since the children enjoy sensory bins so much, and I saw a lot of bloggers using ice or snow in their bins but knew that I did not want to do that, I chose to purchase some pretend snow mix like I had gotten last year for my daughter's children and they enjoyed it so much. Then I saw a set of penguins that I just had to have on Amazon, and knew they would withstand the fake snow mixture and the children would love them. 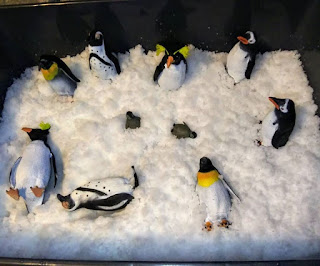