We were so excited to be one of the lucky families chosen by Tryazon to host a Kaskey Kids Super Bowl Party! 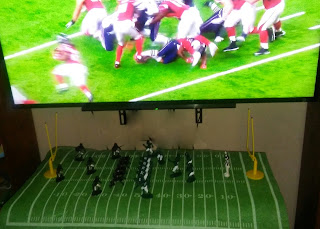 We are huge New York Giants fans in our home, but sadly they did not make it to the Super Bowl, so we  just enjoyed the game, commercials, half time show and awesome food. 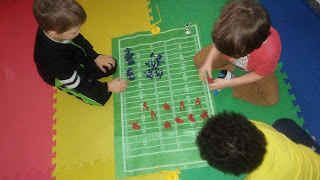 The Kaskey Kids Football Guys were a huge hit with the children. Of course they enjoyed "playing football" with them, but I was really pleased at how they would request to use the football guys with our special learning activities. They were used for counters, they added them to one of our sensory bins and they liked using them for matching games. There has not been one day since we received them, that they haven't asked to get them out. 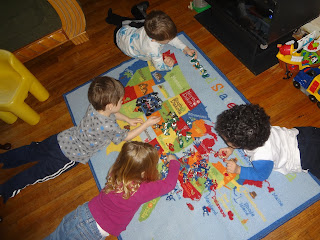 The children set up a couple of the teams on the table while they were having their snacks in their football shaped bowls. 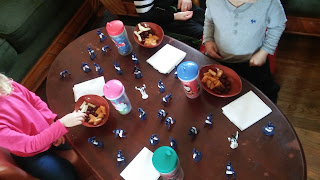 It was really fun having the surprise boxes to let them take home. They talked about which football guys they got for days after the party! 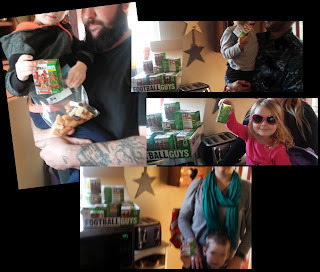 The Football Guys are so fun, sturdy and versatile, I can see us playing with them for years to come!  Kaskey Kids  has lots of other sports sets as well, including baseball, basketball, soccer and hockey.

Disclosure: We were provided with free Kaskey Kids Football Guys to play with and share, but all opinions are my own and the fun was real. I am a member of Tryazon where you can apply to host partiesand try out products for free.
Posted by Cindi S World at 6:36 PM