We have gotten some amazing things at estate sales. Recently my Jeff picked up a pile of bamboo poles, with the intention of using them decoratively once we purchase and move to our forever home.
Well a week ago, we had 2 of the granddaughters, and right before we were taking them to meet up with their mom and dad, I sent them to the backyard with their Grandpa so that I could finish getting their belongings together. When I was finished, I grabbed my phone to go get some pictures of them playing, as I could hear them squealing and yelling back and forth.

Here is the scene: 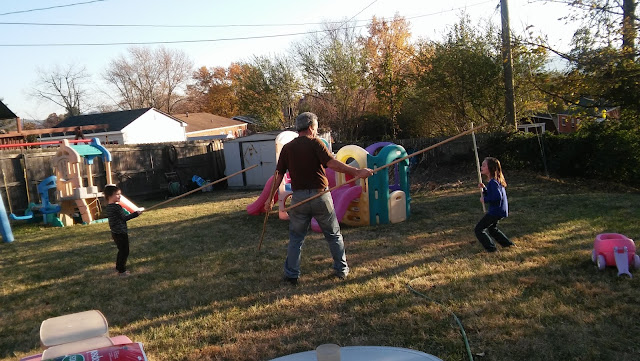 Now, let me just make one thing very clear...this is not okay with me. I am the one that will say, don't run with whatever, you could hurt yourself or someone else.  And all of the many other overprotective, cautious things a person says to children to hopefully prevent them from getting hurt. Everyone that knows me, KNOWS I am overly, and irritatingly, safe when it comes to children.  That being said, my Jeff and the girls were having a blast. I was a wreck, but as I took pictures, I continuously spouted out my words of caution, to no avail. They were in their own world. A world where they had to plan every move, to get to him, or to keep away from him. The playsets became castles where they could run and hide and attack from behind them. 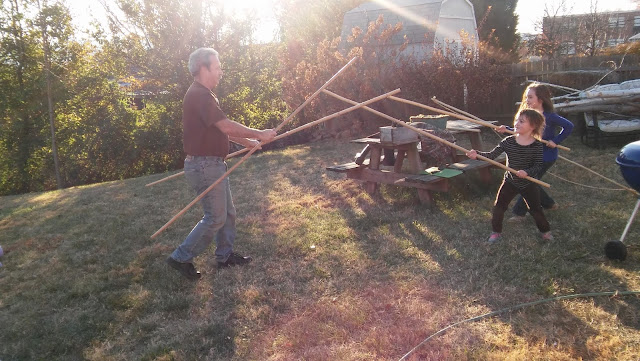 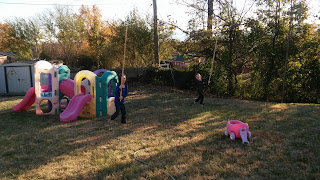 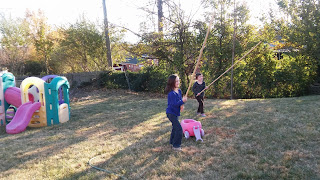 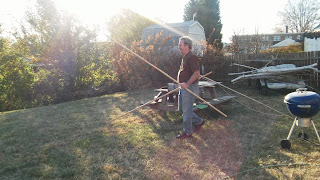 Then Grandpa decided to take it up a notch while I was inside getting the girls some water... 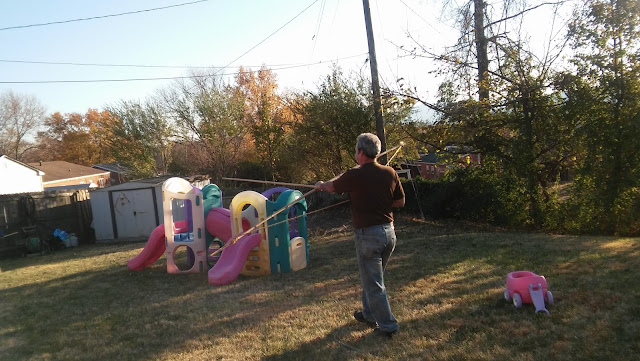 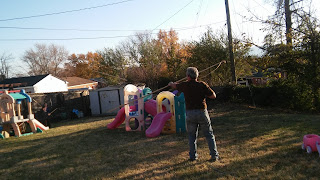 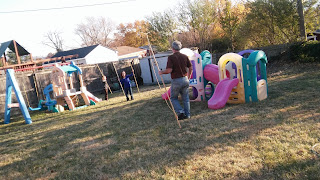 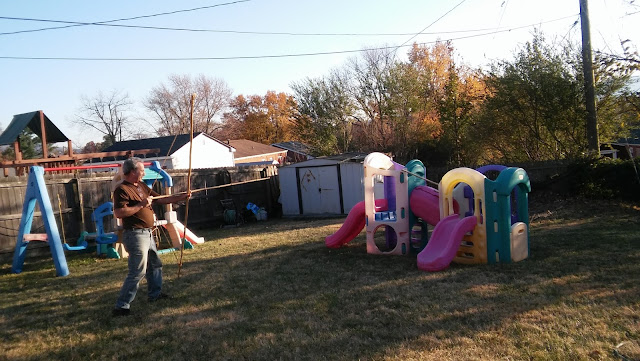 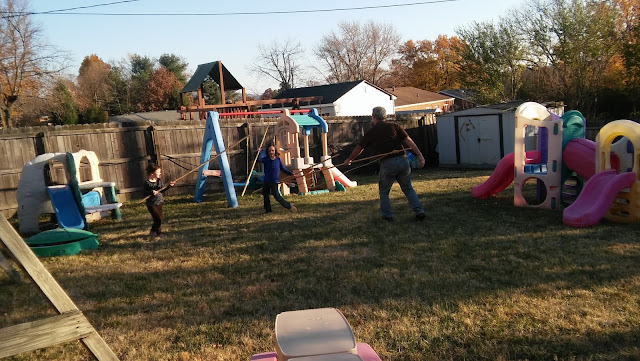 And though I felt the need to say over and over again, "please watch out, run girls run, be careful, you better not get that too close to them, anyone want a snack, Grandma has candy" they were all careful, they kept good distances, used common sense AND the bamboo poles were heavier than I thought, so all of their moves were actually in slow motion, including when he literally shot one as if it were an arrow, and though it did fly, it promptly dropped to the ground. So no need to call Social Services, the granddaughters have a memory they will never forget, their Grandpa got to be completely silly and evil at the same time, and this Grandma is very happy that I took the pictures that will forever remind them of their little adventure.
Posted by Cindi S World at 10:55 AM